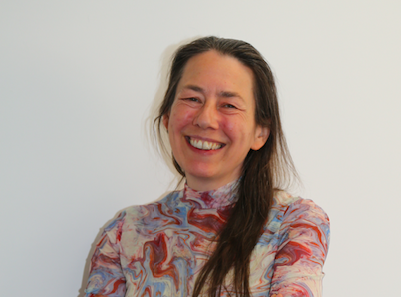 Most of my work to date has focused on black holes, the ultimate triumph of gravity, with spacetime so warped that not even light can escape. There is lots of evidence that such extreme objects really do exist in our Universe, and they are most spectacularly seen where gas is captured - accreted - onto the black hole. The spiralling, infalling matter can convert some of its immense gravitational potential energy into high-energy X and gamma-ray emission before disappearing forever below the event horizon. This intense emission from the accretion flow transforms the darkest objects in the universe into the brightest, but when we look at the sky with X-ray eyes we see nothing as our atmosphere is completely opaque at these wavelengths. It was only at the start of the space age that we could get above the atmosphere, leading to the discovery of X-ray bright accretion flows round stellar mass black holes which form as the endpoint of evolution of the most massive stars, accreting material from a binary companion star. These X-ray observations transformed black holes from a speculative theoretical concept of Einstein's gravity to mainstrem science, and also means that we need to fly instruments on rockets to study them - so I'm a rocket scientist!!

Black holes with mass around 10x the mass of the Sun, accreting from a binary companion were the first to be discovered, and these follow the distribution of stars in our Galaxy. However, all sky surveys in X-rays showed fainter sources scattered more or less uniformly. These turned out to be powered by accretion onto supermassive black holes, a million to a billion times more massive than our Sun, where the source of matter is the gas rich environment of a galaxy. These supermassive black holes grow along with their host galaxies, and some of the energy released by the accreting gas feeds back into the galaxy, tying the star formation powered growth of the galaxy to the accretion powered growth of the black hole at its centre. See this recent webinar made in collaboration with the Chinese Academy of Sciences on Black holes, Galaxies and the Evolution of the Universe which highlights work done in Durham my myself, and Profs Martin Ward and Carlos Frenk on these topics.

After gaining my PhD from Cambridge on X-rays from black holes, I went to NASA/Goddard Space Flight Center on an NRC fellowship for two years, where a highlight was being part of ground control flying an X-ray telescope in the payload bay of the space shuttle! I returned to the UK on a junior (2 year) and then senior (5 year) research fellowship from the UK research council before getting tenure at the University of Durham in 2000. I was promoted to full professor in 2006, becoming one of the first women to hold this post. I am also a non-stipendiary Visiting Professor at the Kavli Institute for Physics and Mathematics of the Universe of the University of Tokyo, having spent the academic year 2016/2017 in Tokyo on a sabbatical working with the Japanese Space Agency.

Marks of my standing in the community are that I am one of only two European scientists supported by the European Space Agency to be part of XRISM, the next Japanese/US X-ray telescope. I chair of one of the Science Working Groups for this mission as well being a member of the Science Management Office which advises the mission Principal Investigator. I also chair of one of the Science Working Groups for the Athena X-ray satellite (due for launch by the European Space Agency in 2030) and have served as overall chair (Chair of chairs) of the NASA Chandra time allocation committee in 2016. Other indications of esteem include being awarded the Royal Astronomical Society George Darwin Lectureship for a distinguished and eloquent speaker in 2019 on Black Holes, Einstein's Gravity and Rocket Science and being invited on the Stephen Murray Distinguished Visitor Program, Harvard, USA in 2018. I am regularly invited to present my work in seminars and conference talks, both nationally and internationally, such as ‘The X-ray Universe 2017’, conference in Rome. This is the major showcase for results from ESA’s XMM-Newton satellite with over 350 participants.

I often give talks for local Astronomical Societies, but more unusual public talks are my 2014 TEDx Astrophysics for Dummies with over 47,000x views on Youtube, a 13 min broadcast on BBC Radio 4 in 2017 for a Lent talk on science and faith, being keynote speaker at an event at the Japanese Embassy in London to mark 150 years of UK-Japan collaborations in 2015, in pleasing symmetry with being a speaker at a similar event at the UK embassy in Tokyo in 2016.

I have done a number of PhD student lecture courses on accretion physics incuding continuum processes, winds and jets. The two main ones here (with a lot of repeat of the material between the two) are from Bologna in 2013 and University of Tokyo in 2016

These were based on a earlier set of lectures at the IAC summer school in 2009, which I wrote up as a PhD student introduction to accretion physics which is Observational characteristics of accretion onto black holes